The Belize Barrier Reef is an extraordinary ocean wildlife hotspot. Bottlenose dolphins, manatees, several species of sea turtles, and more than 500 species of fish and 100 species of coral populate these crystal blue waters. The island of St. George’s Caye, home of our partner EcoMar’s research station, is a great base to explore from and has a unique spot in the rich history of Belize.

On this trip, you will spend 5 nights at St. George’s, participating in research on sea turtles, dolphins, and manatees, and exploring coral reefs and marine protected areas including the extraordinary Hol Chan Marine Reserve. An optional 2 night extension offers the opportunity to go cave tubing and rainforest hiking and visit the spectacular Tikal National Park in nearby Guatemala. Profits from this trip will help to save at least 500 hatchlings at a turtle nesting beach per participant.

Includes: In-country transport, meals as listed, lodging, activities, guides, airport pick-up and drop off, and a donation to turtle conservation.

Excludes: Airfare to Belize, personal items, snorkeling gear (can be rented for an extra cost), and tips for the guide and research station/hotel staff (average $80 - 100 per person and $20 for the extension). 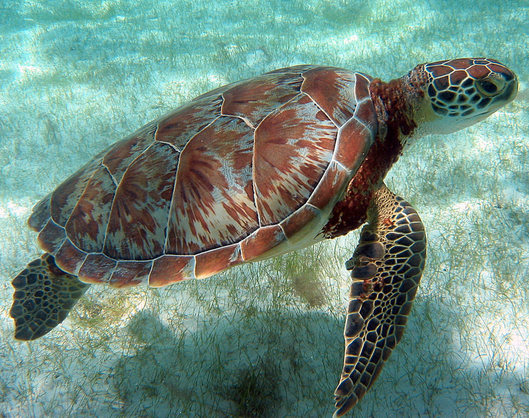 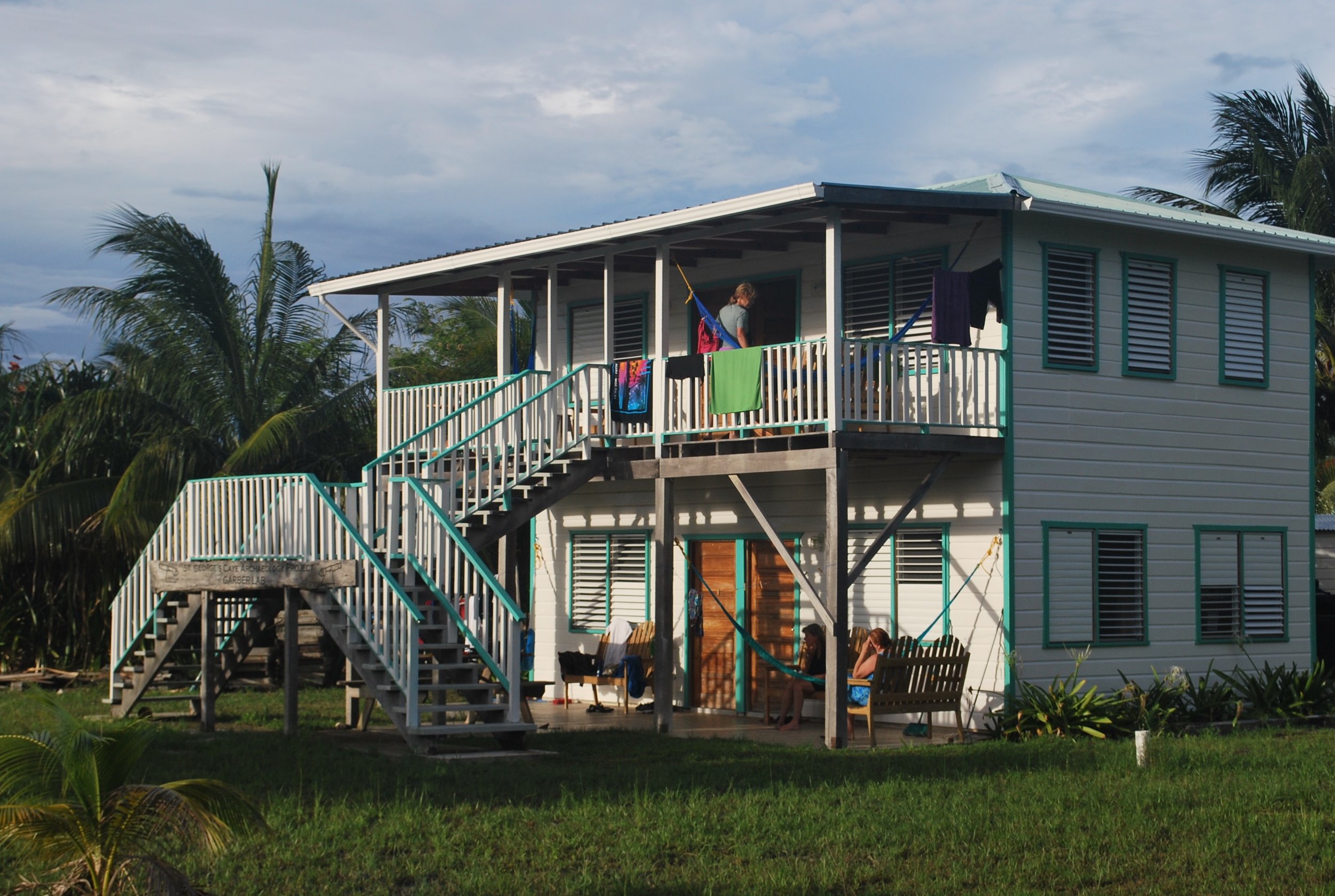 Day 1: Take a boat to the EcoMar Research Station on St. George's Island 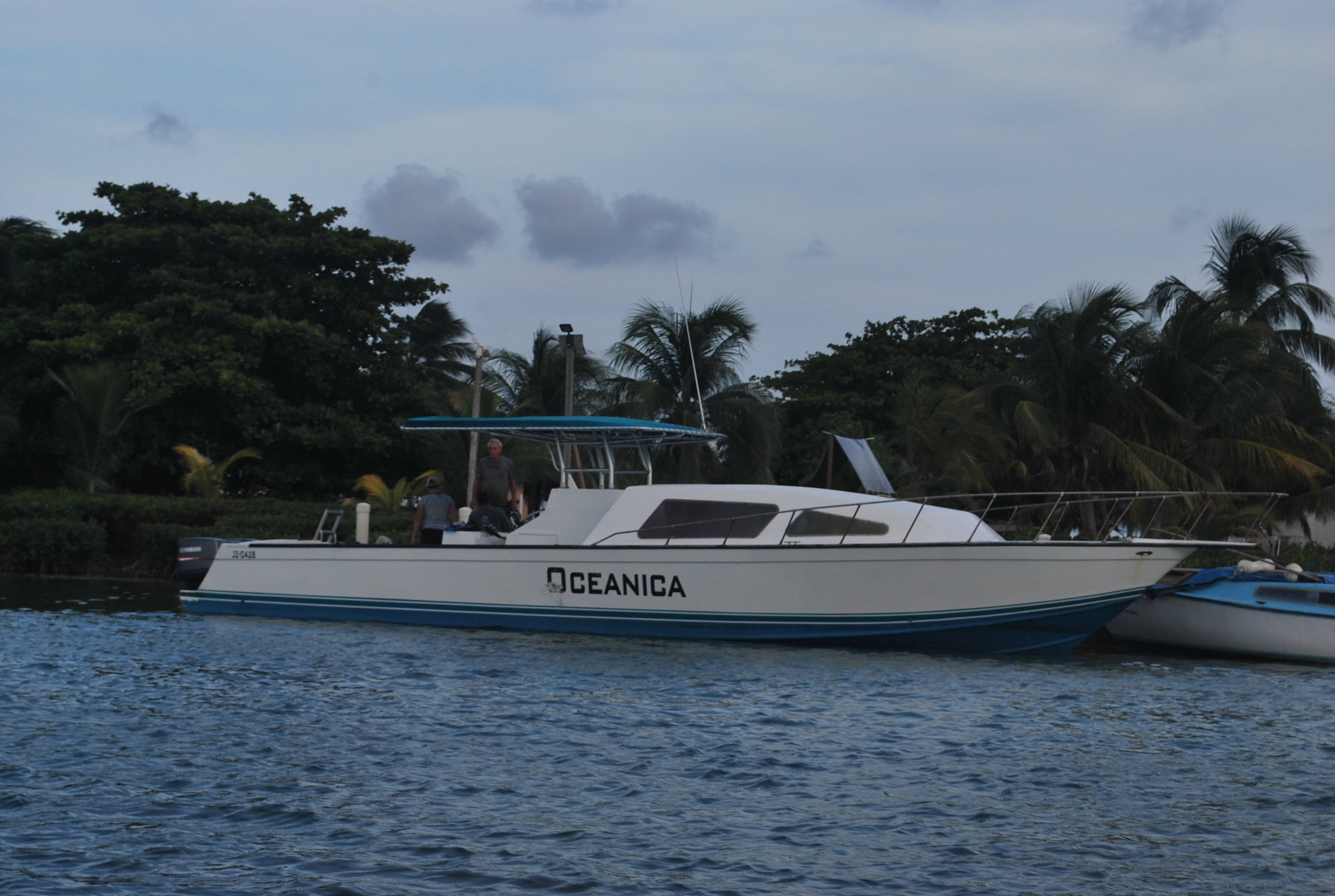 Days 2 - 3: Head out in a boat to participate in one of several activities. There will be two activities per day for the group 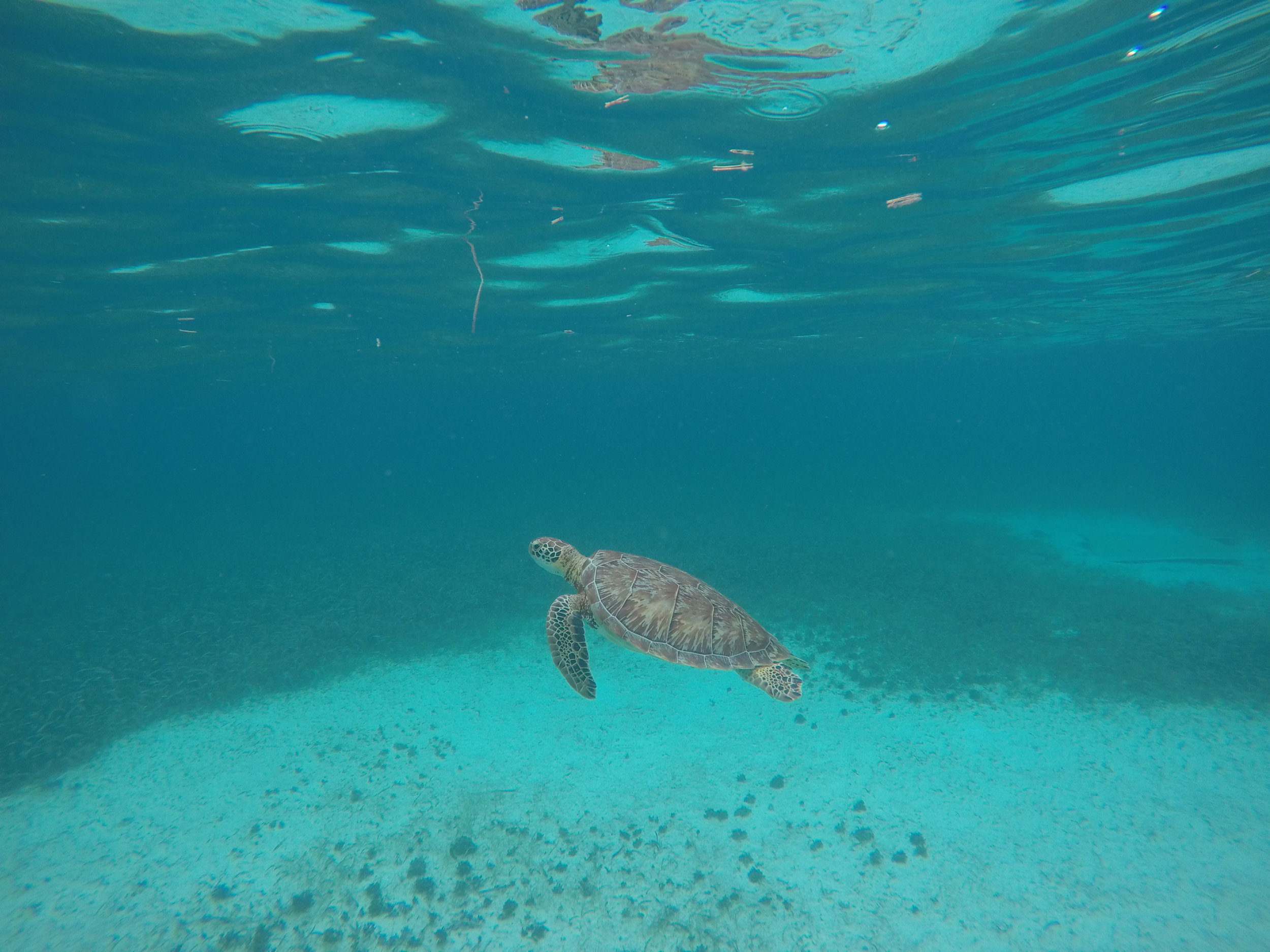 Turtle Research: Snorkel with EcoMar staff to look for turtles. When one is found, the staff will attempt to catch it for study and then release 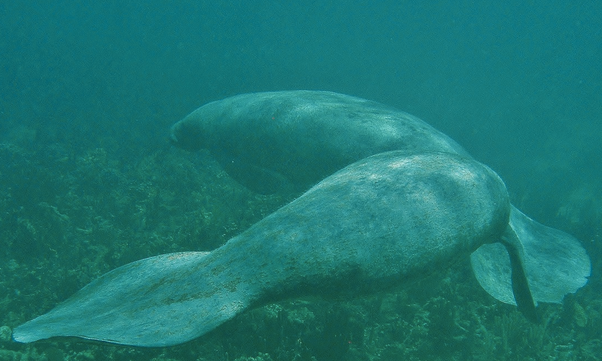 Manatee Research: Head to the mouth of the Belize River to observe manatees by drone and boat 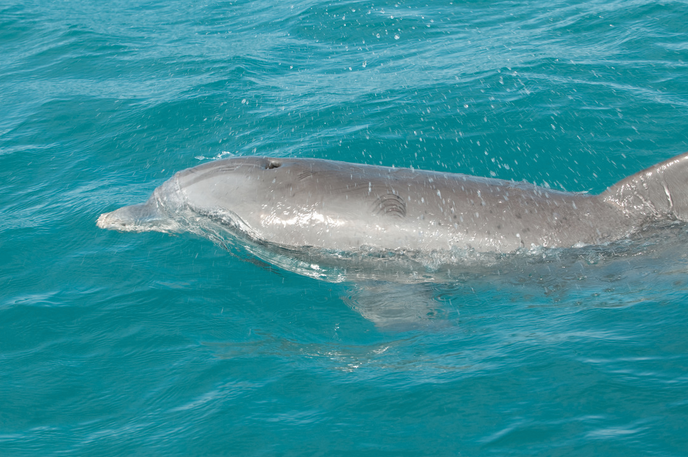 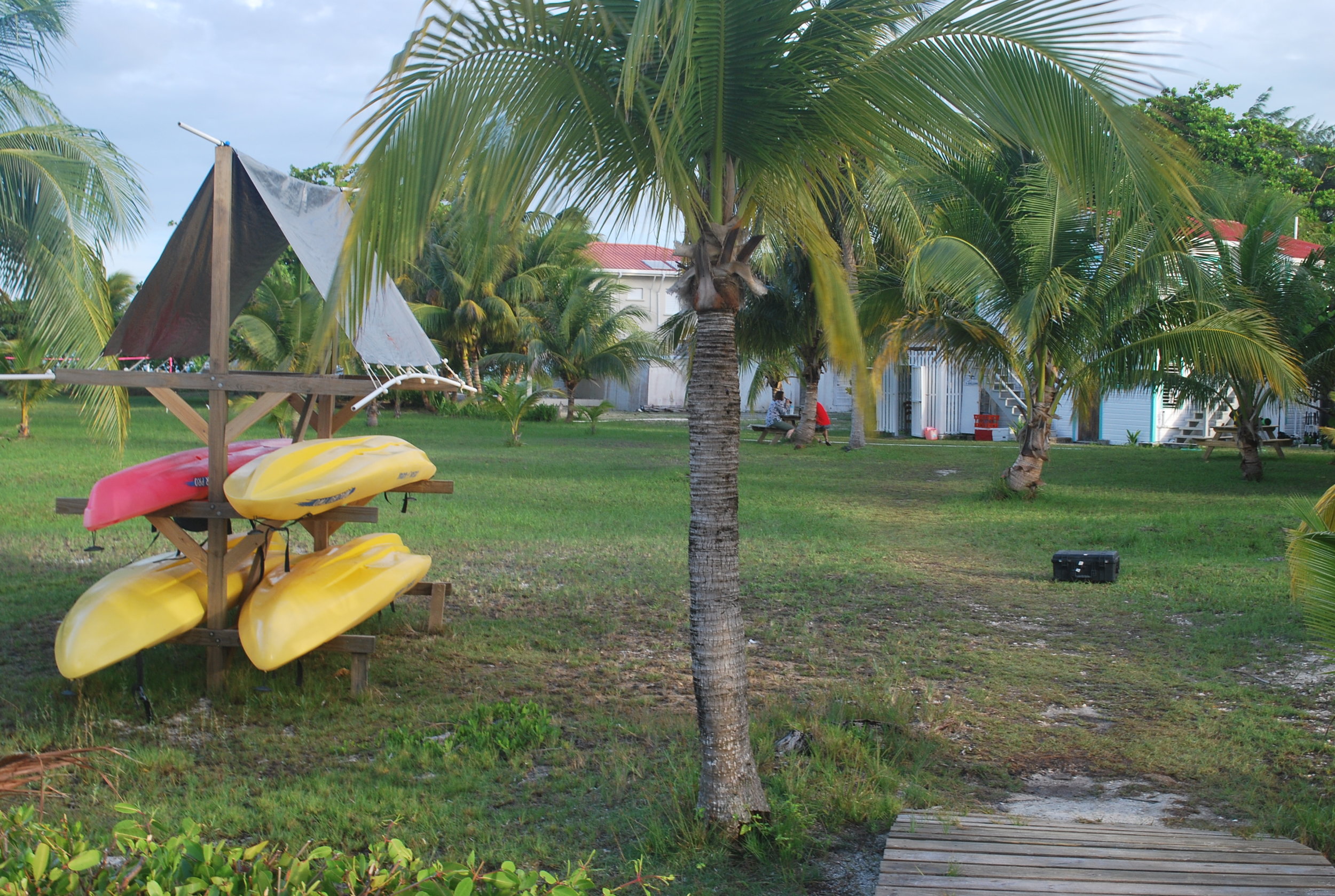 In between activities, take out a kayak to explore the waters around St. George's Caye 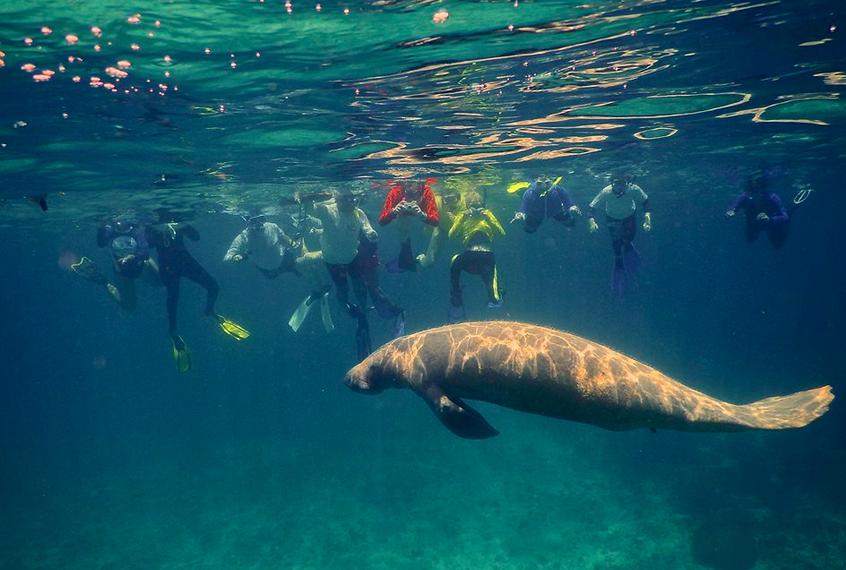 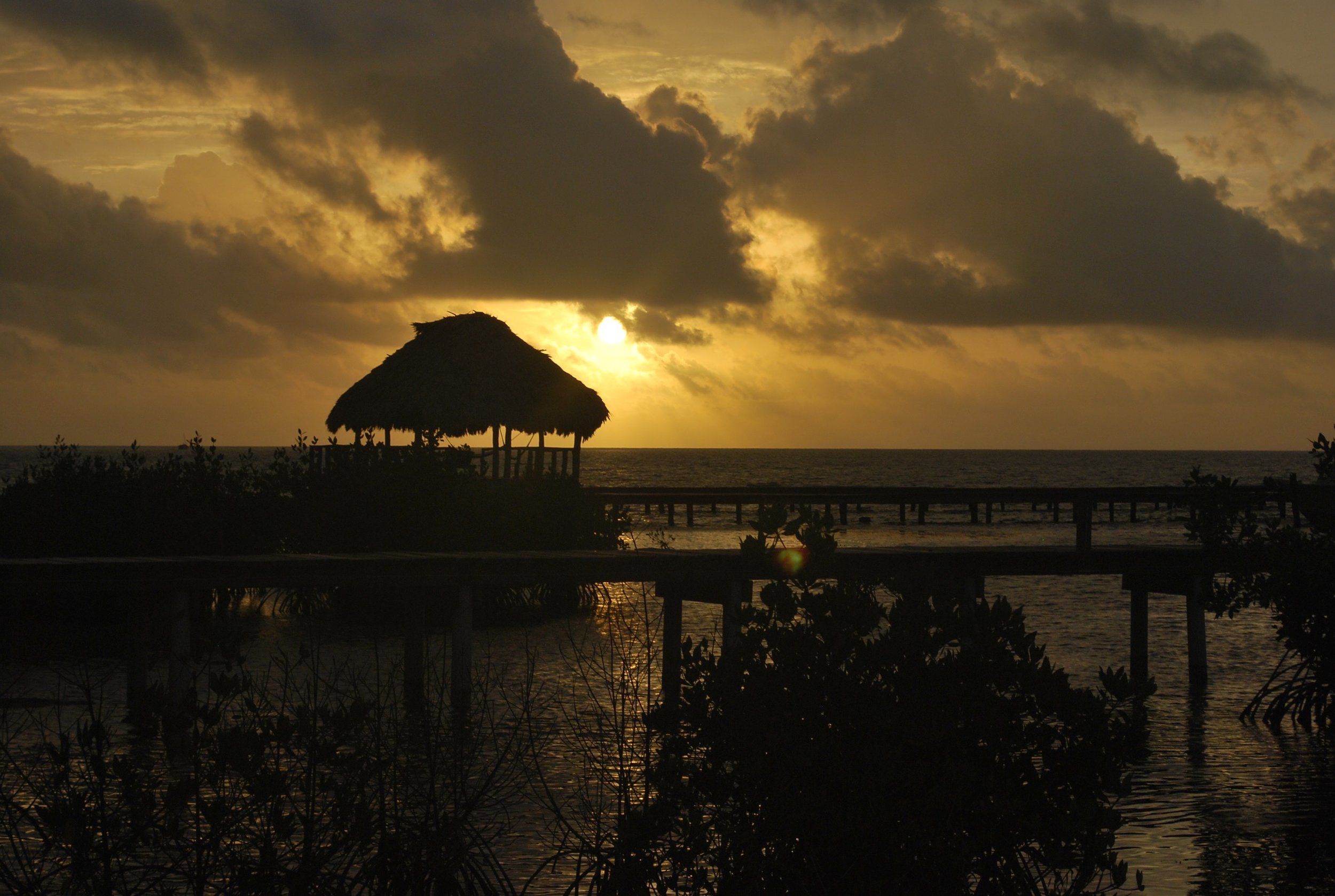 Day 6: Head back to Belize City and transfer to the airport or join the extension to Tikal 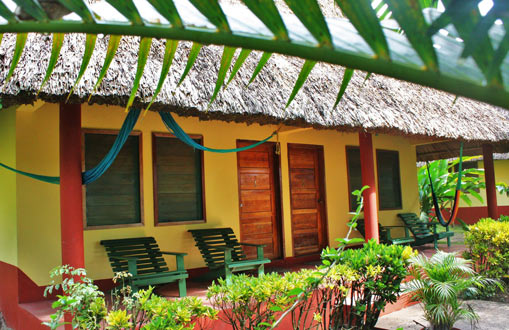 Day 6: Transfer from Belize City to the Crystal Paradise Resort 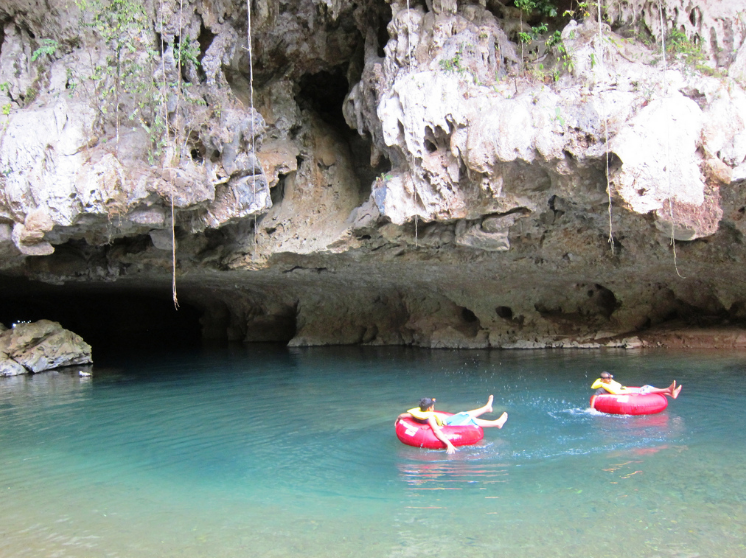 On the way, go cave tubing, a unique and fun way to enjoy the water 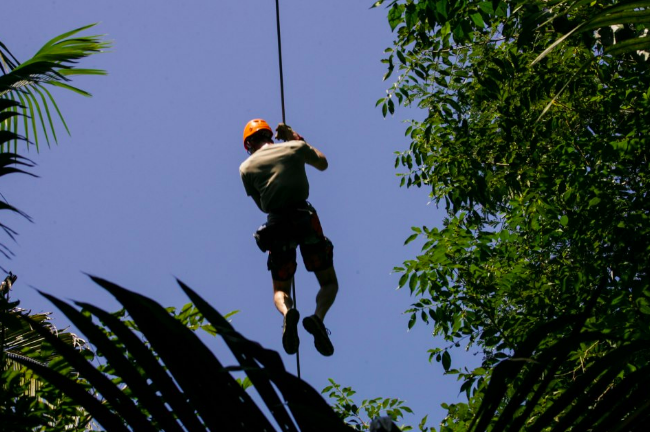 After a picnic lunch, explore the rainforest canopy by zipline 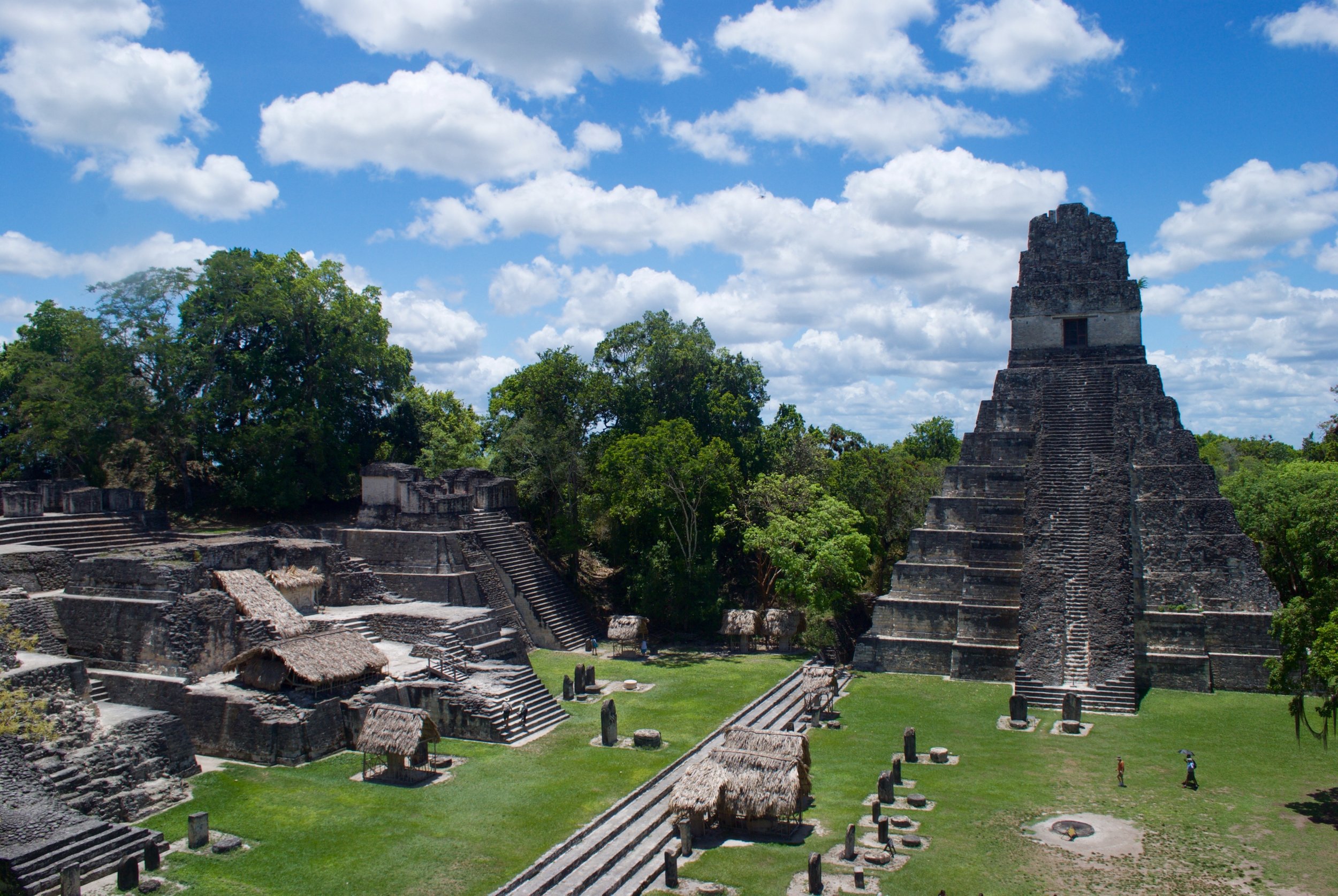 Day 7: Head across the Guatemalan border to visit the extraordinary Tikal National Park 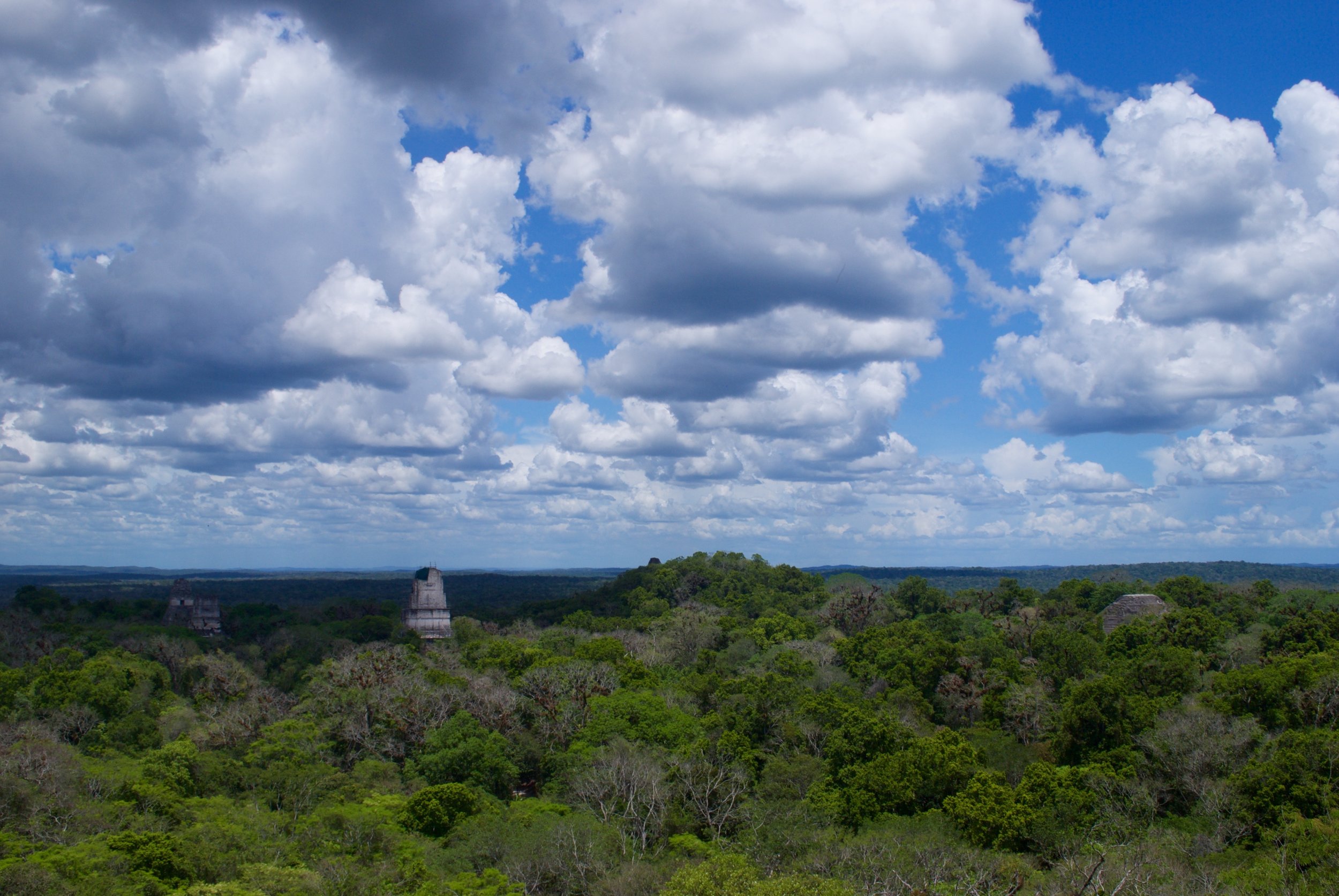 Spend all day at Tikal, having a picnic lunch and climbing to the top of the temples for a great view 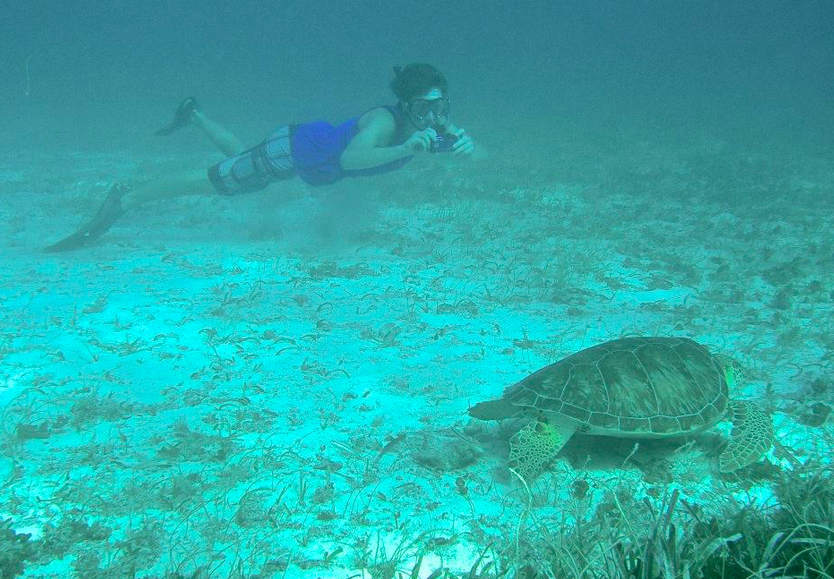 Day 8: Head to the airport in time for your flight, taking home your memories and souvenirs!

Why Travel With US?

The group will be picked up at the airport in the early afternoon and transferred to the EcoMar dive shop, where you can rent your snorkeling gear. Once ready, the group will board a boat to head to the EcoMar Research Station on St. George’s Caye, located about 10 miles from Belize City near the Belize Barrier Reef (30 min boat ride). After you arrive, there will be an orientation to the facility and research and then head out by boat to a shallow area nearby to test out snorkeling gear. If time allows in the afternoon, participants can swim or kayak near the station.

The waters around St. George’s Caye provides important habitat for endangered green, loggerhead, and hawksbill sea turtles, bottlenose dolphins, and Antillean manatees, among other species. As a participant on this program, you will work side-by-side with researchers to observe and record sea turtle, dolphin, and manatee behavior. The Research Station has rooms with bunk beds (2-4 people per room) with a mix of shared and private bathrooms. Each room has fans but there is no air conditioning or hot water. Dinner is served buffet-style and vegetarians are easily accommodated. (D)

Start your exploration of the Belize Barrier Reef after breakfast. Each day will be out on or in the water, looking for wildlife and snorkeling in coral reefs. Over the next 2 days, the group will do two to three activities per day, one in the morning and one in the afternoon with some down time around meals and late afternoon. In some cases, the group will split up and rotate activities. Which activities are done each day will be decided on site based on the weather, ocean conditions, and group preferences. There are also several kayaks that can be borrowed to paddle during down time. The evenings will include talks on ocean wildlife, the rich history of St. George’s Caye, and more. (B, L, D)

EcoMar has been conducting in-water snorkel surveys to assess sea turtle abundance and diversity at Gallow’s Point since 2009. With help from skilled local fishermen, sea turtles are captured by hand and then measured, sampled, and tagged to help scientists track their movements and understand population dynamics. Traditional fisherman have become important conservation assistants since they spend their days on the seas and have the skills required to swim quickly and dive deep to capture the turtles.

The Antillean manatee is an endangered sub-species of the West Indian Manatee; less than 2,500 mature individuals of this subspecies are thought to remain. Belize is home to the largest population of Antillean manatees in the world. We will observe them from the boat at the mouth of the Belize River and elsewhere, recording their sounds and images by drone and photographs. With our support, new speed limit signs have been installed to help reduce collisions between boats and these marine mammals.

Researchers have been studying bottlenose dolphins in this area since the early 90's. aimed at documenting their abundance, distribution, and behavioral ecology in Belize. The research will focus on dolphin behavior in the context of specific habitats. You will accompany the researcher to known dolphin “hotspots” within the atoll to look for small groups as they feed and travel through the area.

Queen conch is a popular seafood in Belize. EcoMar is studying conch populations to make sure that the fishery isn’t depleting the population. Participants swim transects in shallow water, looking for conch and measuring them when found and recording data. 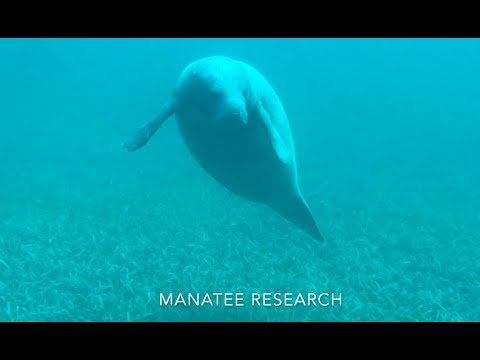 Spend a day visiting the famous Hol Chan Marine Reserve, located off the southern tip of Ambergris Caye. Due to its protected status, what was once a depleted fishing area has now been allowed to regenerate, providing a fantastic snorkeling experience for visitors and an important refuge for marine life along the northern section of the Barrier Reef. More than 160 species of fish have been identified in the reserve, along with nearly 40 species of corals, 5 sponges, 8 algae, 2 seagrasses, 3 marine mammals, and 3 species of sea turtle. (B, L, D)

After breakfast at the station, you will take a boat back to Belize City. Head to the airport in plenty of time for your return flight home or join our extension. (B)

You will be picked up at the EcoMar dive shop and transferred inland by private van to the Nooch Chen cave (about 1 hour drive). Start with an easy 45 minute guided jungle walk, learning about rainforest plants and animals along the way. Swim in the cool clear water and hop on the tube for a fun ride through two beautiful caves, checking out beautiful stalactites and jungle views along the way. You'll have a picnic lunch at the cave and then head by bus to the Crystal Paradise Resort near the town of San Ignacio. (L, D)

DAY 7: TIKAL NATIONAL PARK
After an early breakfast, the group will head across the nearby border with Guatemala to visit the extraordinary Tikal National Park, one of the most prominent Mayan sites in the world (1.5 - 2 hour drive). Spend all day walking through the park with a local guide, learning about the Mayan culture and seeing the impressive thousand year old structures. You will have a picnic lunch and return to the resort in the late afternoon. (B, L, D)

Head to the airport after breakfast in plenty of time for your return flight home or extend your stay and explore other parts of Belize. (B)

“This was an amazing trip to be a part of! Thank you for your careful planning, superior knowledge, and your friendly and open leadership. I can’t wait to be a part of another trip in the future!”

Is This Trip Right For Me?

Belize is a safe and beautiful country and tourism is its top industry. This trip is based at a simple but comfortable research station on St. George’s Caye, a small island about a 30 min. boat ride from Belize City. We will spend a lot of time in boats and in the water, so those who get seasick may have issues (though most of the time the water is very calm). Previous snorkeling experience is helpful but not required but participants should feel comfortable in the water. Be prepared for heat and bad weather, which can affect which activities are available each day. Meals are simple but home cooked with love (vegetarian options available). Most rooms at the station have private bath with cold water showers and fans. Electricity is available from 5:30 in the evening until 8:30 in the morning.